Random Story Sketches (How To Train Your Dragon) 2006

These panels are taken from a an early first-pass in which Hiccup tries to get his stubborn, disinterested little dragon to catch fish for him. Note: Staying true to the book at the time, Toothless was portrayed as a smaller type of dragon that spoke in the third person and had a penchant for corny jokes and riddles. While pitching the sequence I had to say things like, "Toothless no want to catch fish! Toothless want more jokes!" (Ugh!) It soon became evident that the tone of the movie was sounding a bit too juvenile, and so the dragon was rendered mute. It wasn't until much later, however, that Toothless was changed to the larger Night Fury dragon that was in the movie. 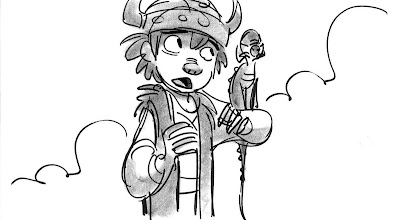 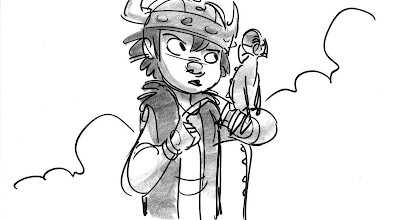 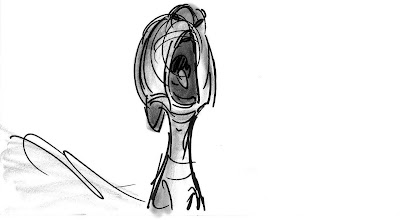 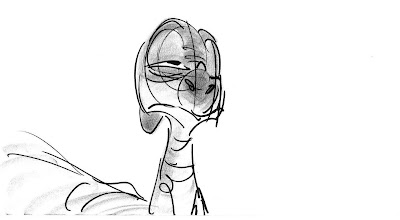 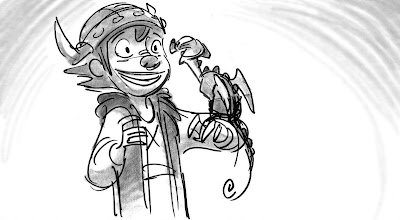 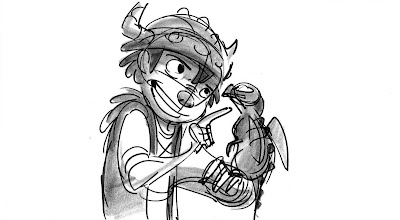 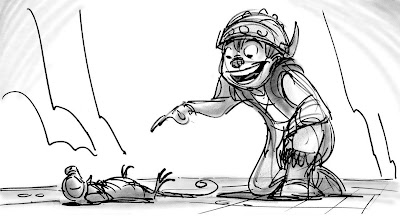 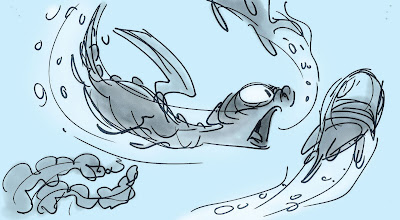 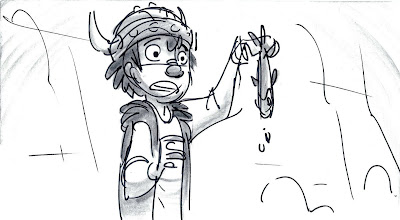 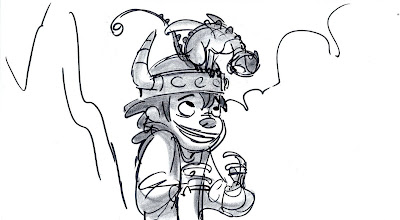 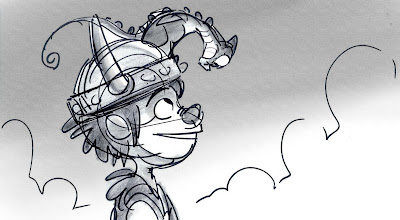 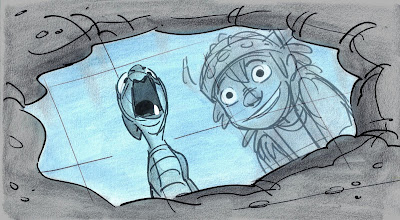 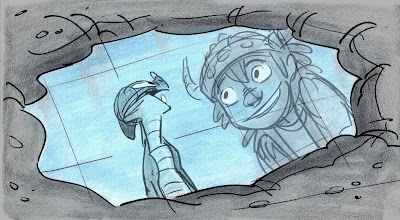 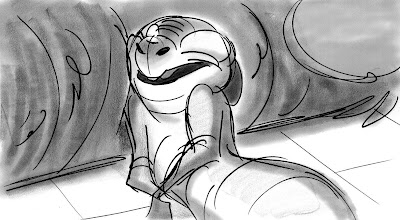 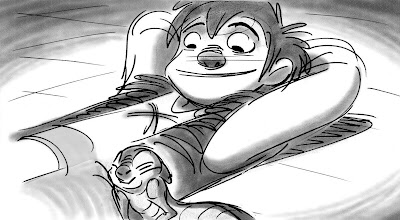 Labels: How to Train Your Dragon, storyboards