The idea behind the Quack Pack series was to age-up the nephews and give each one his own voice and personality. No beanies, no matching turtle-necks, no more finishing each others sentences. The next big ingredient was to foist them on their bachelor uncle, Donald Duck! Throw in a liberated Daisy and you've got Quack Pack.

To create the Quack Pack universe, Co-Producer Kevin Hopps and I turned to the Donald Duck shorts for inspiration. We noticed that Donald often appeared alongside humans in these cartoons, so we decided to populate our Duckburg with humans as an extension of the shorts universe rather than the Carl Barks world of Duck Tales fame.

NOW HOLD ON THERE, BROTHER! WHAT DID YOU SAY?!

Yes...this proved to be somewhat controversial with many of the fans who thought it sacrilege to make a  Donald/Nephews series that was not a direct continuation of the legendary Duck Tales series. Maybe we shot ourselves in the foot by not doing so, the Disney Afternoon was coming to the end of it's run and the series was not picked up for another season. 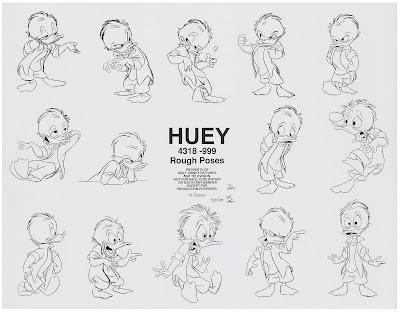 ﻿Huey is the smooth-talking, wheeler-dealer, who'd rather read the buisness section than the sports. 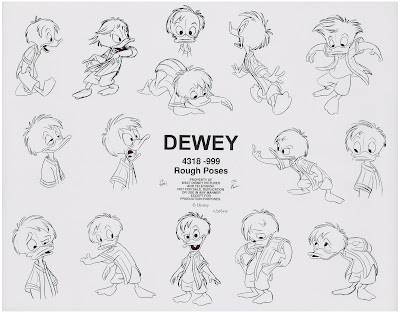 Dewey is the philosopher-thinker of the trio. 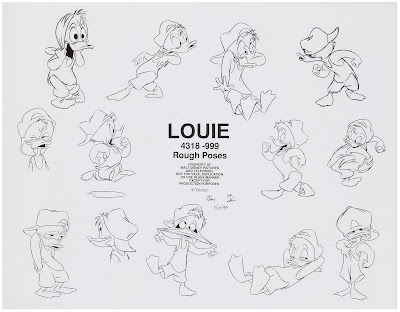 Louie is the athlete, what he lacks in brains he makes up for with pluck.