2 Figures in Opposition (Action and Reaction)

The sketch below was part of an in class exercise I gave to study cause and effect, or action and reaction, between two figures. A boxing photo was used for reference, but I took liberties to enhance the line of action, and augment the poses. Of course a little splatter effect doesn't hurt. 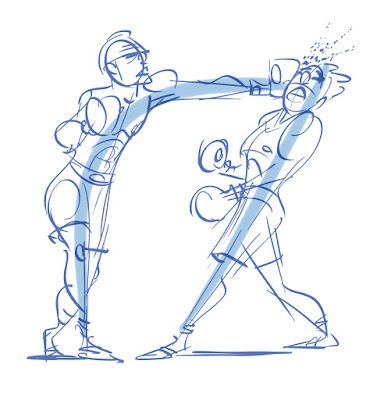 Another study from the same class depicting rugby players. (You can see the students sketch beneath my draw-over.) I rotated the players head upward to make him look at the ball. This helped sell the idea that the ball was jarred lose by the impact. 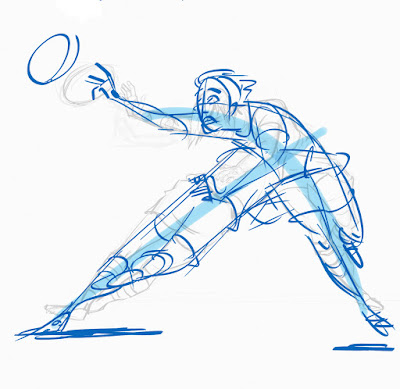